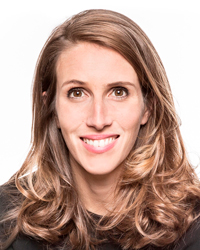 Mylène Boché-Robinet is admitted to the Paris Bar. She is a partner and co-founder of Drai Forget Boché Dobelle (DFBD law firm), which received the 2019 Silver Trophy Award by Leaders-League for its Restructuring & Insolvency practice and is ranked “Excellent” (Band 2) in the category “Restructuring & Distressed”- Advise to mid-cap firms and their shareholders”. The firm is also ranked Band 3 in the Legal 500 EMEA 2019 in the category ”Insolvency & Restructuring”. Mylène graduated from Sciences Po Paris and previously worked for 10 years at Clifford Chance in Paris and August Debouzy as Counsel.

She mainly advises on preventing critical situations and resolving issues for companies facing economic difficulties in connection with restructuring and spin-offs (distressed M&A), and liability disputes, working alongside distressed companies, shareholders, buyers, lenders and insolvency officers. Mylène speaks English and German fluently and has developed specific expertise in cross-border restructuring, involving transactions in Europe and on a global scale. She regularly advises on restructuring matters involving France and Germany.

Mylène taught insolvency law at La Sorbonne University between 2011 and 2015 as a teaching assistant for Professors Xavier Delpech and François-Xavier Lucas. She also led a practical training session at Sciences Po Paris in 2017. She will teach international insolvency law at the University of Lyon (France) as from 2019/2020.

In April 2018, she created and became President of “Women In Restructuring” (WiR), the French women’s restructuring network.