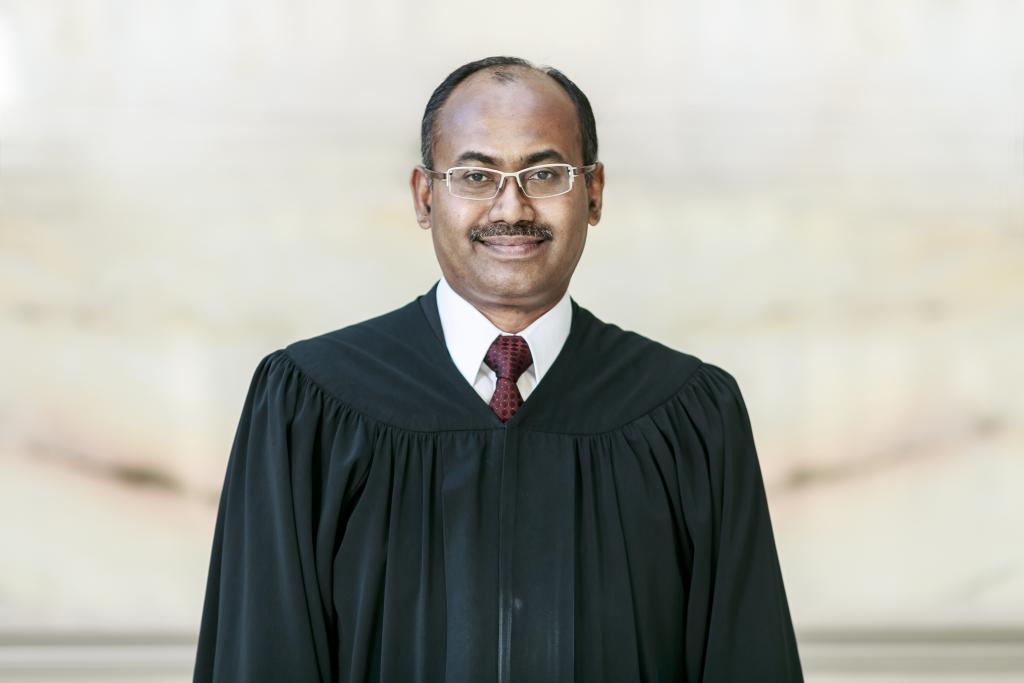 Justice Kannan Ramesh joined the Supreme Court as Judicial Commissioner in May 2015, and then as Judge of the High Court in April 2017.
He received his Bachelor of Laws (Honours) from the National University of Singapore in 1990. He was then admitted as an Advocate and Solicitor in Singapore in 1991, and appointed as Senior Counsel in 2012.
Mr Ramesh was Managing Partner of Messrs Tan Kok Quan Partnership, where he specialised in dispute resolution, insolvency and restructuring, and international arbitration.
He was also appointed as Board Member of the Singapore Aerospace Manufacturing Pte Ltd and M1 Limited. In the former, he had an added role as Executive Committee Member, while in the latter, he was Chairman of M1’s Risk Committee, as well as Member of their Nominating and Audit Committees.
He is currently a Member of Singapore Academy of Law’s Law Reform Committee, and New York’s International Insolvency Institute (III). He is also part of the Arbitration and Conciliation working group in the latter.
Mr Ramesh wrote Getting the Deal Through – Restructuring and Insolvency in 51 Jurisdictions Worldwide in 2010. He also authored the Singapore Chapter of the World Bank publication, Doing Business – Closing a Business Survey, published in 2009, 2010 and 2011.