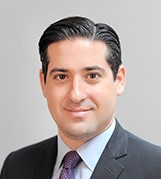 Engagements
• Under the Puerto Rico Oversight, Management and Economic Stability Act of 2016 ("PROMESA"), service as independent investigator to the Special Investigation Committee of the Financial Oversight and Management Board for Puerto Rico to perform a comprehensive review of the factors contributing to Puerto Rico's fiscal crisis.
• Representation of the unsecured creditors committee in the SunEdison bankruptcy in the U.S. Bankruptcy Court for the Southern District of New York, in adversary proceedings against first- and second-lien noteholders.
• Representation of the trustee in bankruptcy of the Petters Company Inc., arising from a Ponzi scheme involving US $5 billion+ in investments, as special counsel for international asset recovery.
• Representation of a retail company in its Chapter 11 case, including a court challenge to the proposed debtor-in-possession financing and litigation concerning various lender liability issues.